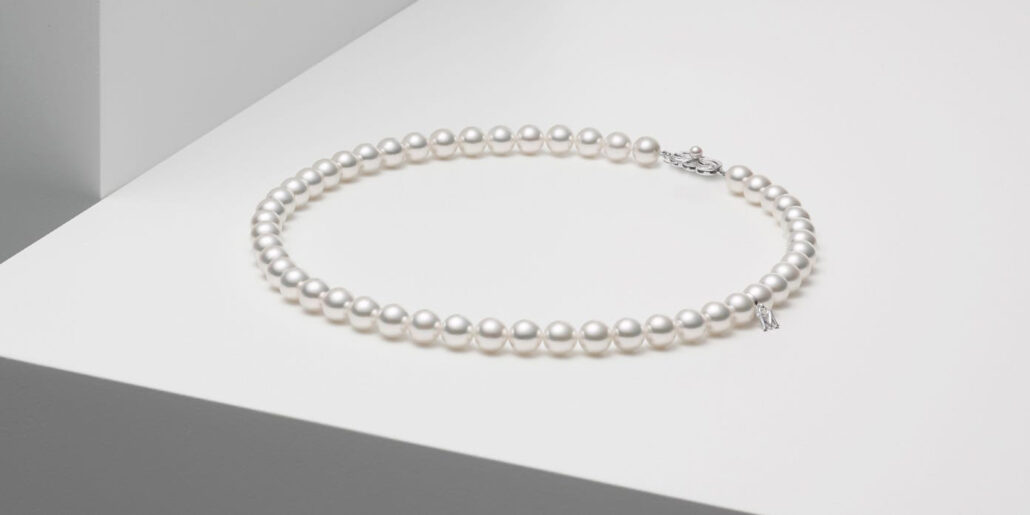 What is a Cultured Pearl?

For those that may not know, a cultured pearl is a real pearl that’s created under controlled conditions with human intervention, whereas a natural pearl is created organically in the wild by Mother Nature. Natural pearls are extremely rare and expensive, and discovering new natural pearls is exceedingly difficult. For these reasons, most of the pearl jewelry you see today uses cultured pearls. Cultured pearls can come in a variety of shapes and colors, but most commonly, they are white or black.

Cultured pearls are produced in both freshwater and saltwater and are formed after an irritant, like a tiny bead, is inserted into an oyster shell by a pearl farmer. Saltwater pearls are often considered to be more valuable than freshwater pearls and are available in three main types: South Sea pearls, Tahitian pearls, and Akoya pearls. 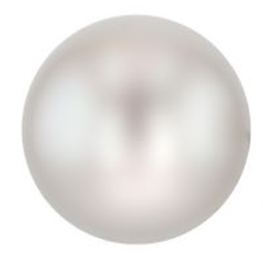 The Mikimoto brand was founded by Kokichi Mikimoto, who was born on January 25, 1858, in Toba, a small town in Japan’s Shima peninsula. He was the eldest son of a hard-working noodle shop owner. When Mikimoto’s father fell ill, he was forced to leave school to help support the family financially. International trade had arrived in Japan in the early 1850s, and in Mikimoto’s port hometown of Toba, pearls were the most valuable local commodity. Mikimoto intensely pursued the trade and gained some success, but the pearls became more and more scarce as the years passed. Concerned about the extinction of the pearl-producing oysters, Mikimoto set out to grow pearls within the oysters of his own protected beds.

After many years of research, experiments, and overcoming nature’s obstacles, such as oyster-eating octopuses and repeated damage to his Akoya pearl oyster beds by red algae, Mikimoto finally triumphed. On July 11, 1893, Mikimoto’s wife brought up a basket of oysters from the sea for inspection, which revealed a semi-spherical cultured pearl as worthy as a natural pearl. Three years later, in 1896, Mikimoto was granted his first patent for cultured pearls.

Kokichi Mikimoto devoted his life to pearls and lived to be 96 years old, passing away in Japan on September 21, 1954. His luxury pearl company and artistic vision still live on today.

Today, more than 125 years after the debut of the first cultured pearl, the Mikimoto brand is the premier producer and designer of the world’s highest quality pearls and pearl jewelry. The overall quality of a pearl is ultimately determined by various criteria, including its size, shape, surface, color, and luster.

Every Mikimoto pearl must meet all the criteria mentioned above to be deemed a “Mikimoto Pearl.” To maintain the quality in Mikimoto pearls that customers have come to expect, only the finest pearls that meet the strictest standards are used. 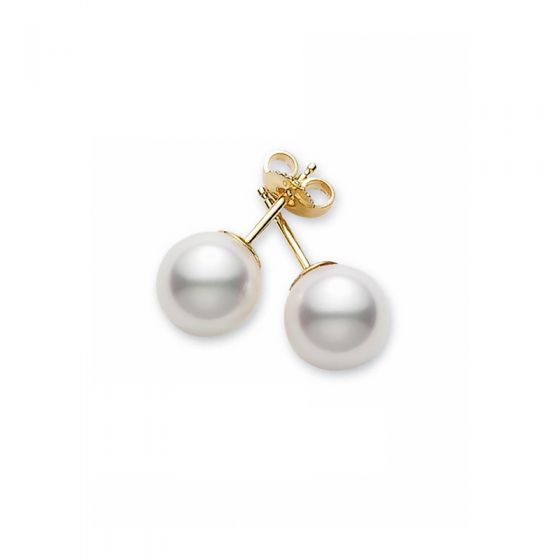 Akoya cultured pearls are the specialty of Japan’s pearl farms. Pearls from Akoya oysters are the quintessential pearl, both classic and timeless, and are the most popular pearl on the market. Admired for their breathtaking sheen, they typically range in size from 3-10mm and in color from white to cream. 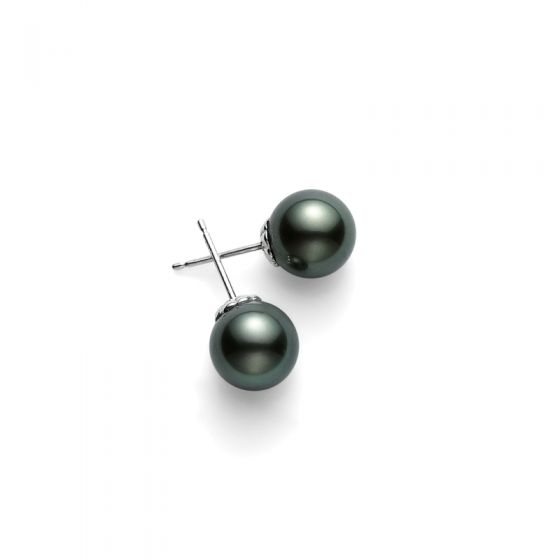 Black South Sea cultured pearls, also referred to as Tahitian pearls, exude modern sophistication and elegance and are prized for their rarity and natural exotic colors. Though typically identified as black, these dark, opulent pearls range in color from mirror-like gray to midnight black, with iridescent overtones of green, blue, brown, red, and yellow. Produced by Black-lipped oysters, sizes begin at 8mm, and shapes vary, including round, oval, teardrop, or baroque. 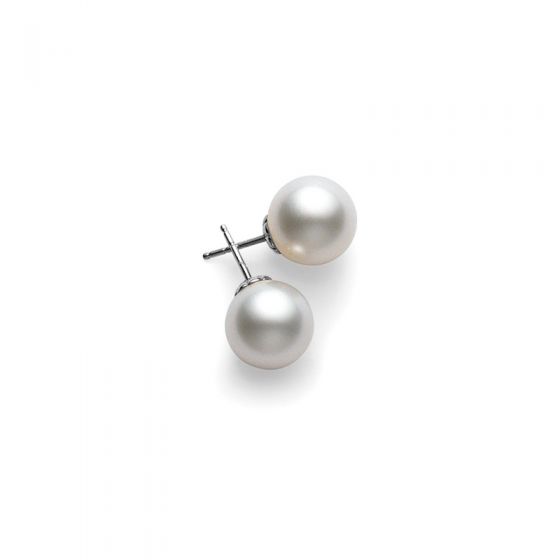 With a minimum harvest size of 9mm and reaching up to 22mm in diameter, these luxurious, glossy pearls have a subdued iridescence that subtly changes with lighting and movement. Produced by the Silver-lipped South Sea oyster, which is found in deep, offshore waters, the pearl’s rarity is due to the sensitive, difficult-to-cultivate nature of this species. 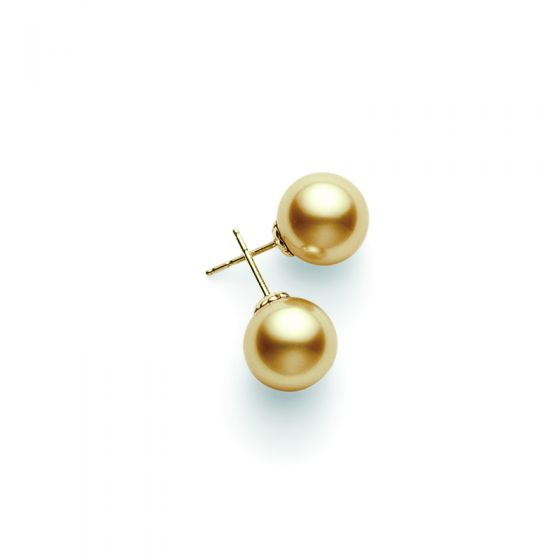 Borsheims is a proud authorized retailer of Mikimoto Pearls. If you would like assistance in shopping for Mikimoto pearl jewelry, one of our jewelry experts would be happy to help you. Please stop into our store or call 1.800.642.4438 during store hours to speak with one of our friendly and knowledgeable sales associates.