Simon Pearce glassware is known and respected worldwide for the artistry and craftsmanship that goes into each piece. Inspired by moments of togetherness, each Simon Pearce design is crafted to last for generations of gatherings. In addition to its distinguished reputation, Simon Pearce has a rich family heritage of craftsmen that value the finest natural materials and centuries-old techniques.

Born in 1946, Simon Pearce grew up in Ireland, where his appreciation for design and craftsmanship began at a young age. Simon’s father, Philip, established a pottery, while his mother, Lucy, helped grow the business with her keen eye for design. Following in his father’s footsteps, Simon mastered pottery before paving his way as a glassblower.

Simon’s fascination with glassblowing led him to study with glassblowers worldwide, mastering his craft before opening his studio in 1971. While Ireland provided great inspiration for his work, Simon Pearce moved to the United States with his wife Pia in 1981 and opened the iconic flagship located in Quechee, Vermont.

When making his move to the United States, Simon was looking for a place that met three requirements: somewhere beautiful to raise a family, somewhere that allowed him to produce his own energy and lastly, a place that allowed his retail business to thrive. The Simon Pearce flagship location checked all the boxes. Simon grew his business from three glassblowers who traveled with him from Ireland to over 40 glassblowers. Additionally, Simon and his wife Pia established roots and grew to a family of six with the addition of their four sons, Andrew (who followed in his father’s footsteps in creating inspiration to gather through wooden tableware designs known as Andrew Pearce), Adam, Kevin and David.

Featured in the movie Sweet Home Alabama the Simon Pearce Restaurant and Mill continues to thrive today. If you are traveling through Vermont, the dining room at the Mill is an excellent way to experience Simon Pearce.

Simon Pearce glassware is known for its clarity, quality and the signature pontil mark that symbolizes the unique character of each piece. Inspired by the unique properties of glass, Simon found inspiration in antique glass and the remarkable strength found in antique glassware. As a result, Simon Pearce designs are known for their stunning, elegant design while maintaining the functionality of their purpose, from vases to wine glasses.

Arguably one of the most recognizable pieces designed by Simon Pearce is his signature glass trees. Inspired by the beautiful Vermont setting that Simon Pearce calls home, each glass tree is iconic of the brand’s originality and artistry. 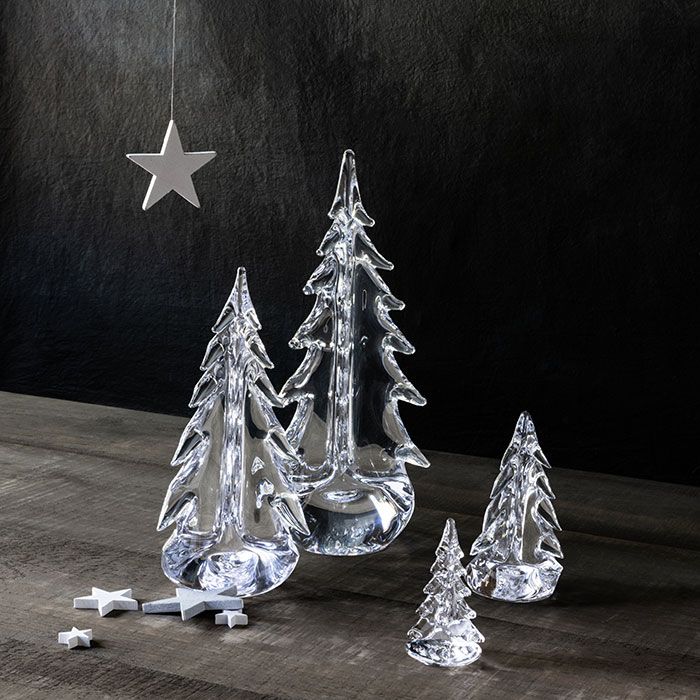 One of Simon Pearce’s most popular designs, Vermont Evergreens, bring the beauty of the New England forests to your home. 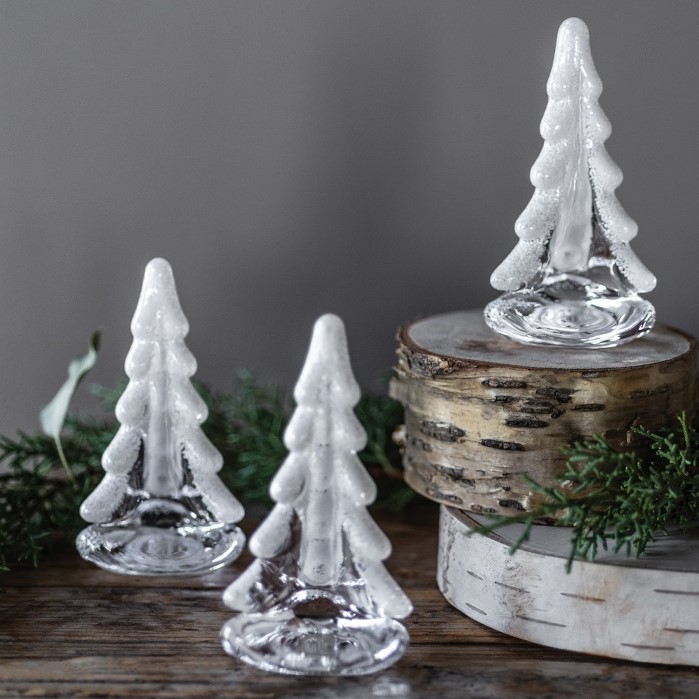 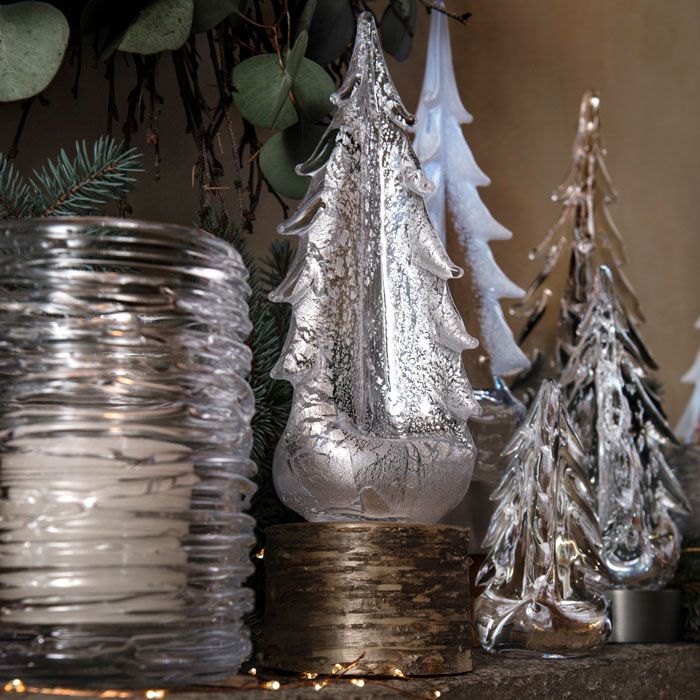 The quiet beauty of a winter day and the brilliant elegance of ice is captured in the Silver Leaf Evergreen collection. 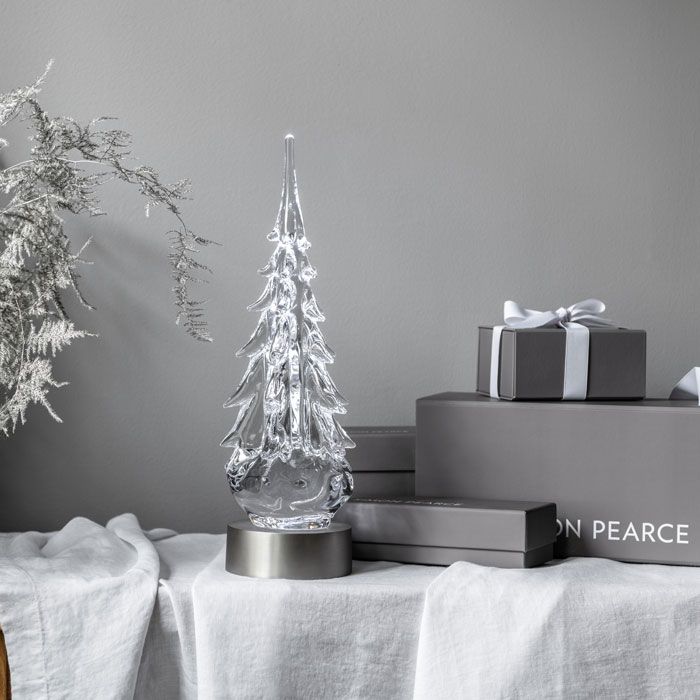 An added element of dimension to the classic Vermont Evergreen collection, the Five Sided Evergreen brings the same elements of nature, with added thought and design work. 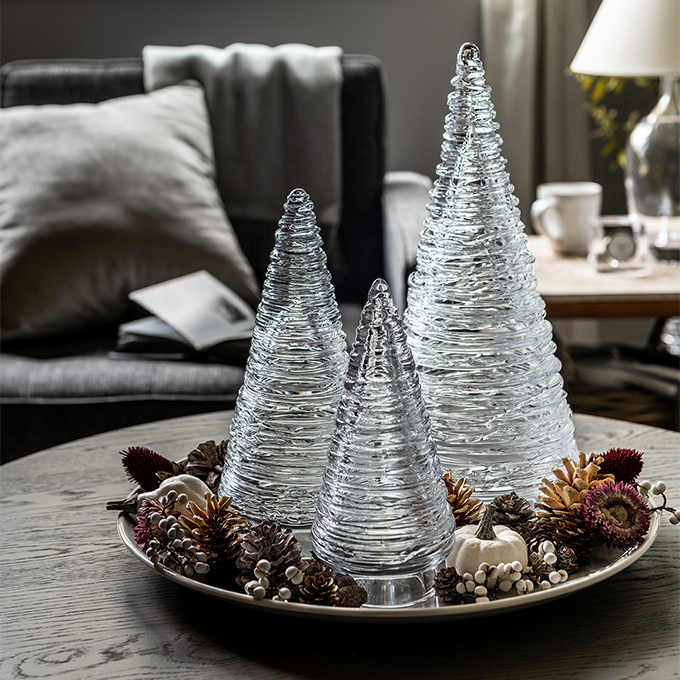 A whimsical and dreamy interpretation of nature is found in the Echo Lake collection. Each tree is formed by wrapping fine strands of glass around the conical center of the tree. 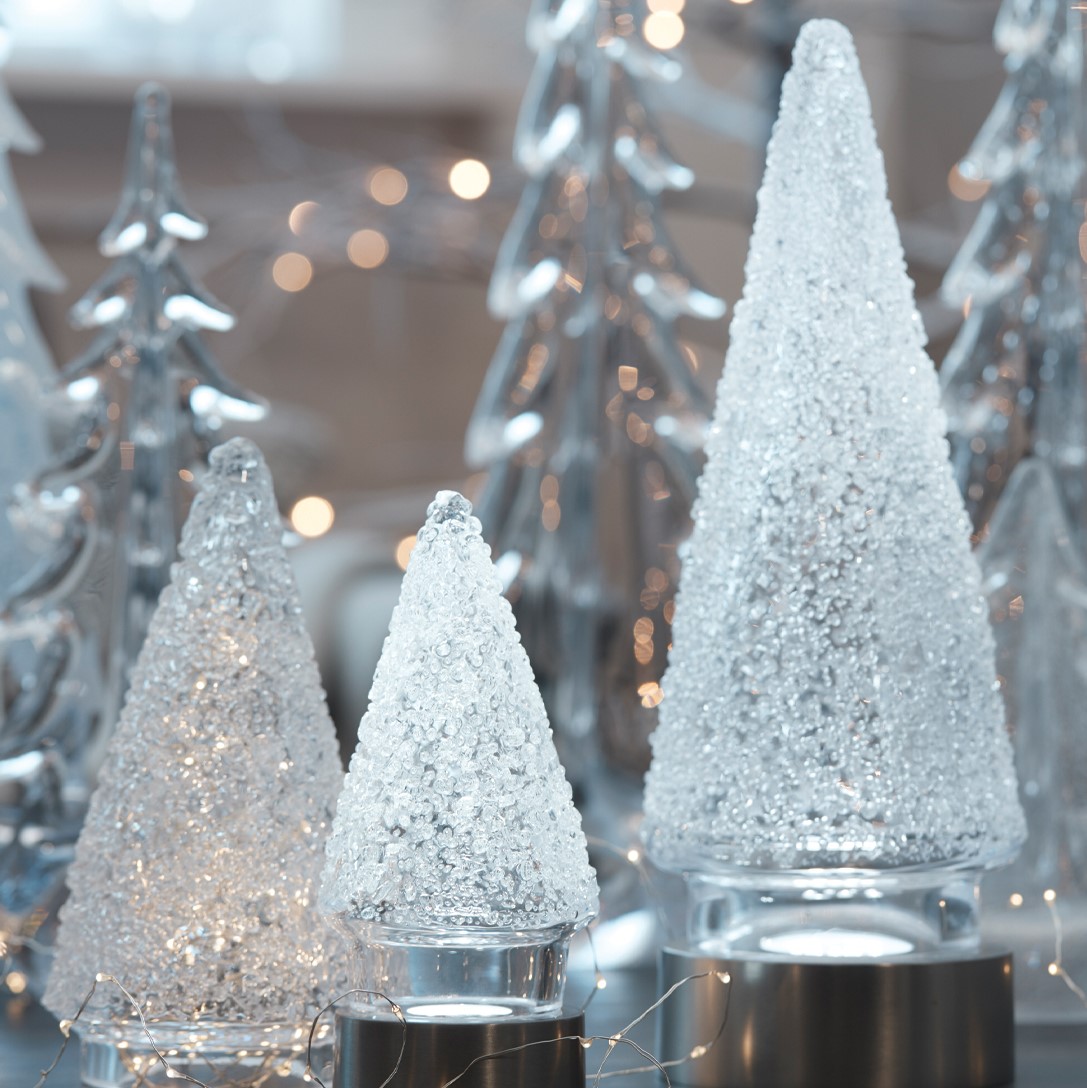 Reflective of heavy snow atop branches, the Sterling Pond collection is designed to transport you to the winter woods of Vermont just after a fresh snowfall.

If you need help picking out the perfect gift for yourself or someone else, one of our gift experts would be happy to assist you. Call 1.800.642.4438 during store hours to speak with one of our friendly and knowledgeable sales associates.