What are Freshwater Cultured Pearls

Cultured freshwater pearls come in unique shapes and a wide range of colors. They can be baroque shaped, button, stick, oval, or even very close to round. When it comes to colors, freshwater cultured pearls can come in the traditional white but are also often seen in a rainbow of pastel colors such as pink, peach, lavender, grey, yellow, and cream.

Freshwater cultured pearls also have a special optical effect called orient, which causes colors to shimmer beneath the pearl’s surface. This is commonly found in freshwater culutred pearls thanks to their composition of pure nacre.

Because of their wide variety of shapes and colors, freshwater cultured pearls have often been used in designer jewelry. How much pearls are worth depends on many factors, but in general the shape, size, color, quality, and rarity all carry some weight.

The care of freshwater cultured pearls is the same with all pearls – they are intended to be worn but also need special care. Leaving pearls in a box or pouch can leave the pearls dehydrated so it is important to wear them and enjoy them.

The guidance provided by Borsheims’ jewelry experts says pearls should be the last thing you put on and the first thing you take off, avoiding any contact with cosmetics, perfume, or hairspray. After wearing pearls, they should be wiped with a soft cloth. If they become soiled, pearls can be wiped off with very mild soapy water but a pearl strand should not be submerged in water because it could weaken the silk threads.

Freshwater cultured pearl jewelry offers wearers a variety of options because of the wide range of sizes, shapes, and colors of pearls. Many freshwater cultured pearls are treated to create certain colors or to achieve a more evenly-colored strand. Pearls are the birthstone for the month of June, but jewelry fans born in any month appreciate the classic look of pearls ranging from rings to pendants, strands to bracelets, and earrings to brooches. 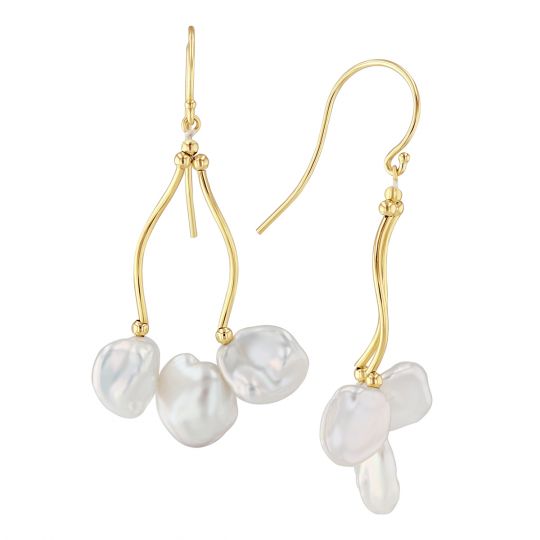