Natural topaz can be colorless, or occur in a variety of colors including yellow, orange, red-brown, blue, pink, red, violet and light green. Traces of chromium, phosphorus, manganese, and iron give the mineral its color. The first topaz was mined on the island of Zabargad – formerly known as Topazos – in the Red Sea. Mineral deposits are associated with pegmatite – igneous rock that forms during the final stages of magma crystallization. Today, the largest deposits of topaz are found in Brazil. Other deposits are located in Afghanistan, Australia, China, Southern Africa, Russia, England, and the US.

The most common natural topaz color is yellow with a red tint. Topaz in yellow and orange varieties are often irradiated to intensify the color. Blue topaz is created by first irradiating colorless topaz, then heat treating it to produce the blue color.

Topaz is a hard stone, yet brittle, it can chip, break, or cleave upon impact.

The most valuable colors are natural pink, orange, and a vivid orange-red known as Imperial Topaz. Citrine, a variety of quartz, is a beautiful alternative to Yellow Topaz. Irradiated and heat treated blue topaz is plentiful and affordable.

Topaz is easily cared for, requiring cleaning with a gentle solution made specifically for jewelry or with warm soapy water. It is important to have your jewelry professionally cleaned and checked three to four times a year. When not worn, topaz jewelry should be stored in a jewelry box lined with soft fabric.

The brilliant colors of both yellow and blue topaz provide a lovely burst of energy in any jewelry setting. Topaz is a birthstone alternative for the months of November and December, and a fashionable gift for the 23rd wedding anniversary. 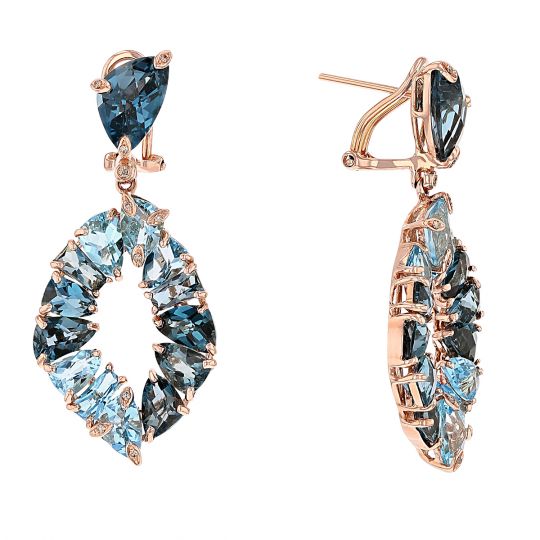