Home / Blog / Borsheims News & Events / A Diamond Buyer, A Rhino and a Pendant

A Diamond Buyer, A Rhino and a Pendant 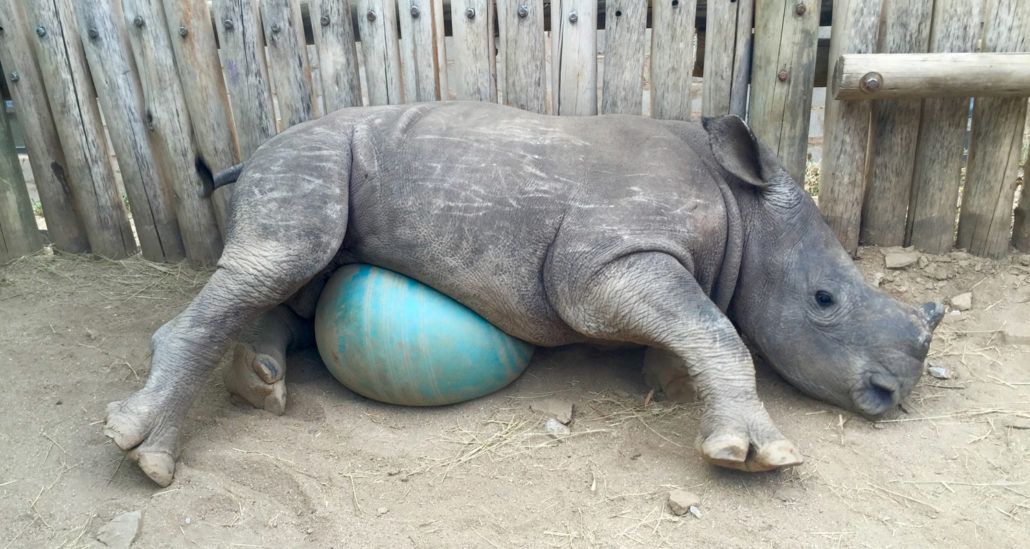 But after our diamond buyer Heather Ingraham spent time at the Care For Wild Rhino Sanctuary in South Africa, she knew we could be doing more with this initiative. Here, she shares her story and the inspiration to support orphaned rhinos in the region. 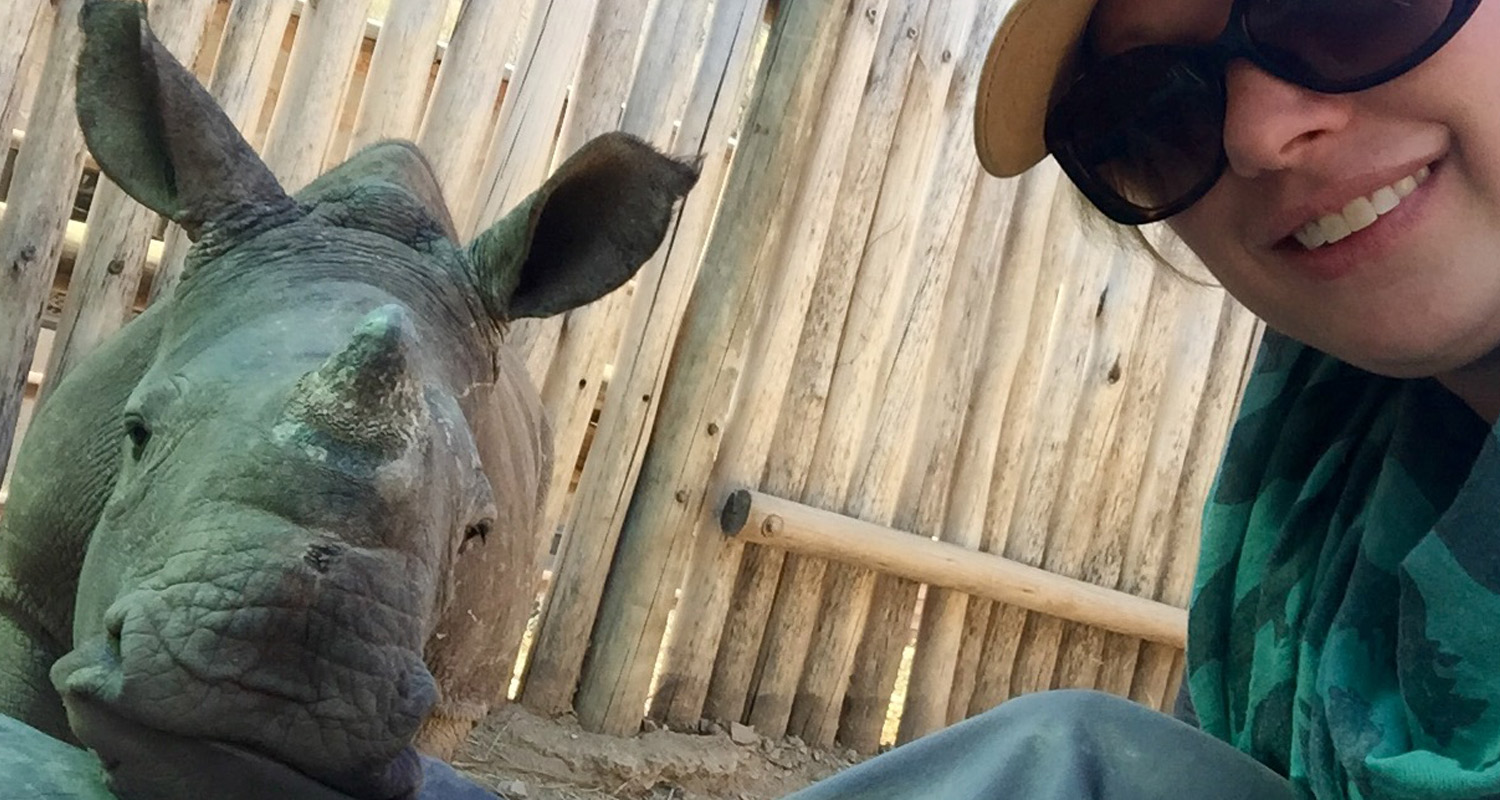 In August 2016, I had the amazing opportunity to volunteer at Care for Wild Rhino Sanctuary in South Africa. For two weeks, I had the privilege of becoming the surrogate mother to an orphaned baby rhino named Zac. The two of us instantly had a connection and the experience will remain forever etched in my heart.

Zac was just three months old when he was found in Kruger National Park after poachers had killed his mother. Normally, baby rhinos stay with their mothers for 2-3 years. Thanks to the quick action of Care for Wild Rhino Sanctuary, Zac was found and flown by helicopter to the reserve where workers and volunteers immediately began caring for him.

During my stay, I began each day at 4:00 AM for baby Zac’s first feeding and would end my day at 10:00 PM with his last feeding. I prepared his formula, fed him every few hours and regularly cleaned up after him. It wasn’t all hard work though. Zac and I had plenty of time to play and bond. 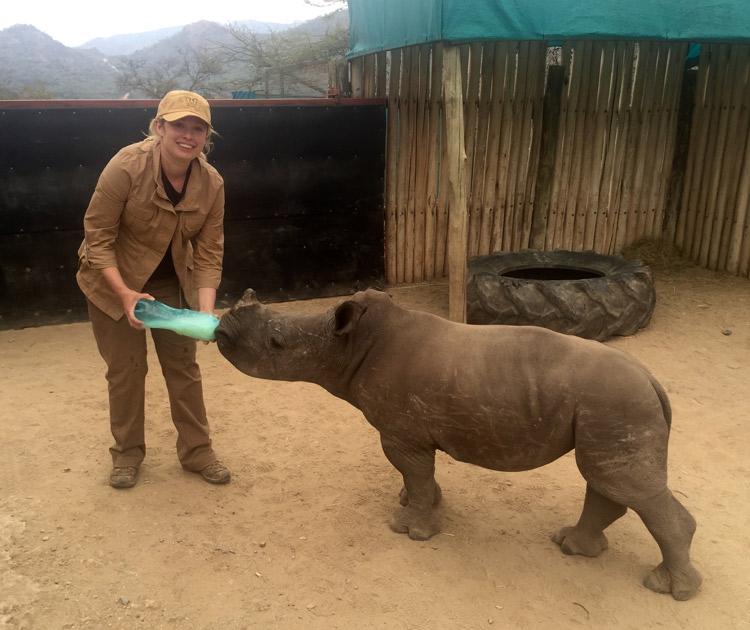 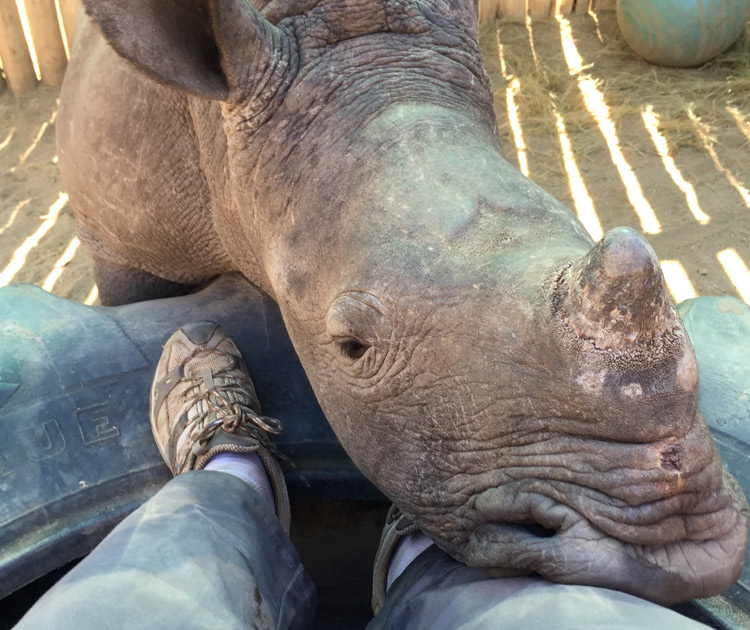 When I returned home to Omaha, all I could think about was Zac and the amazing people who make up the Care for Wild team. I wanted to give back to this amazing organization and bring light to the plight of rhinos in South Africa. “Rhino poaching has reached disastrous proportions during the past decade. In 2007 South Africa reported losing just 13 rhinos. In 2008 it was 83. Last year (2015) it was 1,175.” (National Geographic). One of the sad consequences of poaching are calves left orphaned and unable to survive by themselves in the wild. However, orphans that are located and taken to rehabilitation centers like Care for Wild have a good chance of survival, being kept and cared for until they reach an age when they can be reintroduced into the wild.

In honor of baby Zac and all of the other orphaned rhinos at Care for Wild Rhino Sanctuary, I have designed 18k white, yellow and rose gold rhino pendants that features a 0.10ct rough Kalahari Dream Diamond mined in Botswana. Due to the nature of rough diamonds, each rhino pendant is unique and one-of-a kind. Borsheims will donate a portion of the proceeds from each pendant sold to Care for Wild Africa Rhino Sanctuary.

The mission of Care for Wild Rhino Sanctuary is to rescue every rhino that is orphaned, heal them and provide a totally secure environment where they can grow, roam free and breed to ensure that there will always be rhinos in Africa. 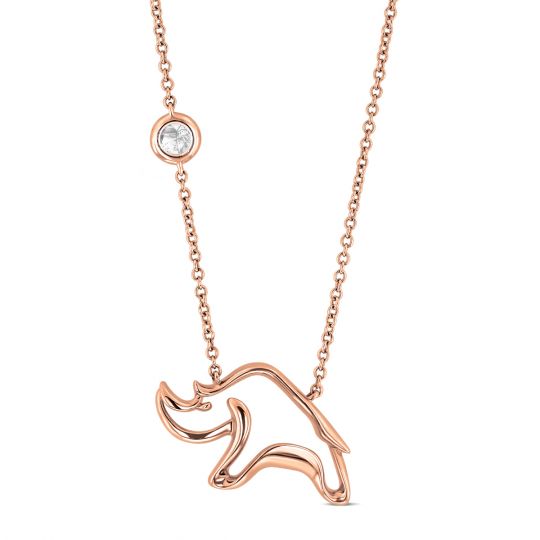 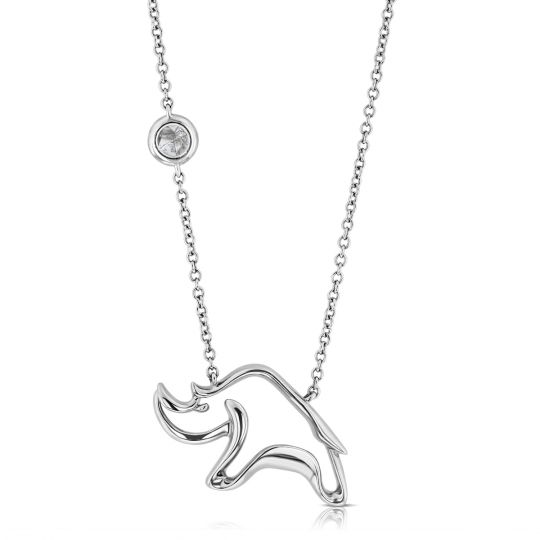 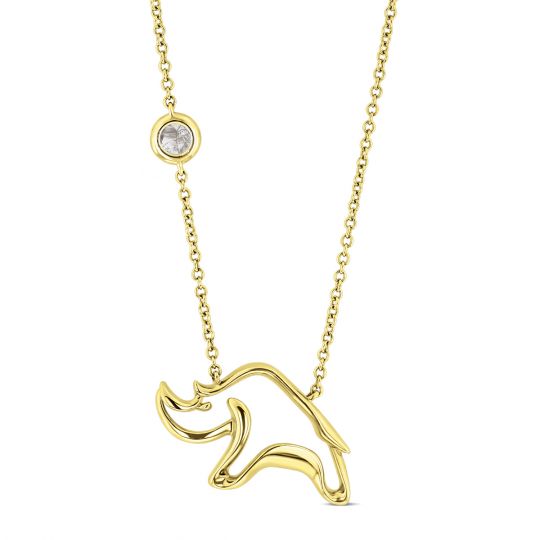