Meteorite will not chip or break but can be scratched. Treating it like your other fine jewelry pieces can prevent damage. It is not recommended to wear your meteorite during intense activities. Meteorites also contain small amounts of nickel.

Below are the types of meteorite found around the world:

Gibeon – Gibeon is a meteorite that was discovered in 1838 in Namibia. Gibeon is composed of an iron-nickel alloy with large
amounts of cobalt and phosphorus.

Seymchan – Discovered in 1967, this meteorite is named after the Russian village it landed near. Compared to other meteorites,
Seymchan is considered relatively rust-resist and stable.

Campo Del Cielo – Spanish for “Field of Heaven” this iron meteorite type was found near Buenos Aires, Argentina. The heaviest of
the meteorite group, it was discovered in 1576.

Sikhote-Alin – Bursting through the atmosphere in 1947, this meteorite’s “debut” was witnessed by many near the Russian city Vladivostok.

Muonionalusta – THe oldest meteorite discovered by man, Muonionalusta was found in Scandinavia and contains an extremely rare mineral, Stishovite.

Moldavite – This material is actually glass formed by a meteorite impact. With a slight green tint, it forms in beautiful “flower bursts” naturally.

Meteorite is an iron-based metal and has the potential to rust. It is important to keep meteorite away from chemicals like chlorine, bleach or swimming pools, especially anything with acid. 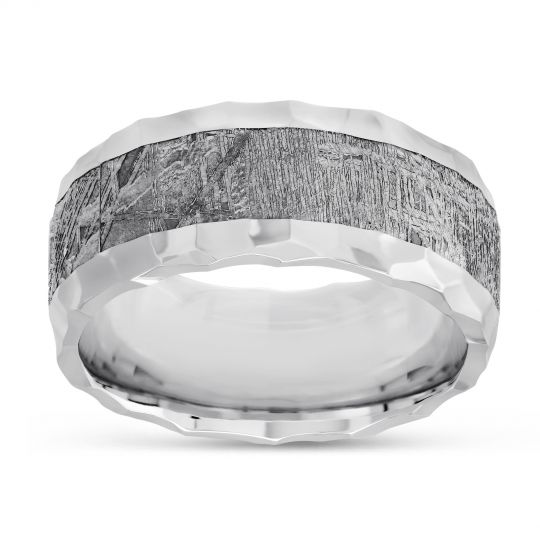