What Exactly is a Tennis Bracelet? 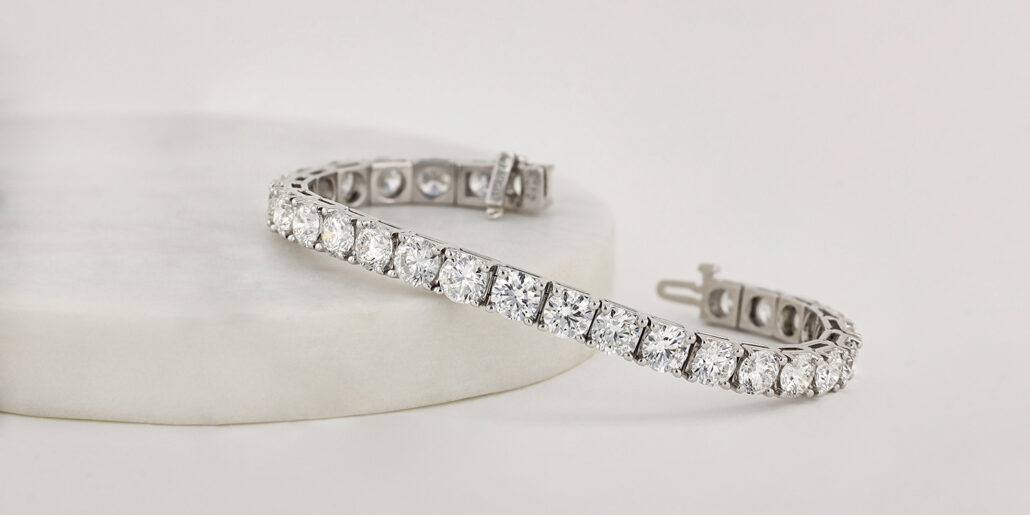 What is a tennis bracelet? 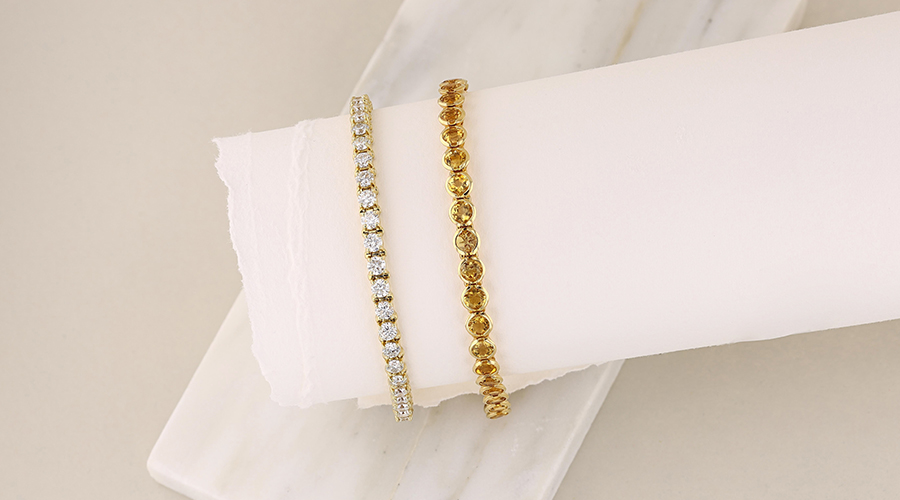 Why is it called a tennis bracelet?

The tennis bracelet we know today first came to prominence in the 1920s and was initially known by the name ‘diamond line bracelet.’ The ‘tennis bracelet’ moniker came about during the 1987 U.S. Open Tennis Championships when professional tennis player, Chris Evert, lost her diamond bracelet during the middle of a match. The game was halted so Evert could search for the missing bracelet, all while television viewers and spectators in the stands watched. The diamond bracelet was eventually recovered, and with her lucky charm back in Evert’s possession, the match resumed.

More recently, it has been argued that the bracelet got its name in the 1970s when Evert, the number one player in the world, became widely regarded for her stylish fashion during matches. Evert was known for always wearing a diamond bracelet, even on the tennis court.

How much is a tennis bracelet?

Another important factor that will influence the cost of a diamond tennis bracelet is the carat weight, or rather the size of the stones used in the bracelet. A bracelet featuring larger stones will cost more than a daintier bracelet with smaller stones. Color, cut and clarity are other determinants that will impact the overall price of a tennis bracelet.

How to wear a tennis bracelet

Whether it’s dressed up or dressed down, a tennis bracelet brings unmatched versatility to your jewelry wardrobe. Here are a couple of ways to style this multifaceted piece of jewelry.

You better believe that a single diamond tennis bracelet in any size or style is strong enough to be worn on its own. 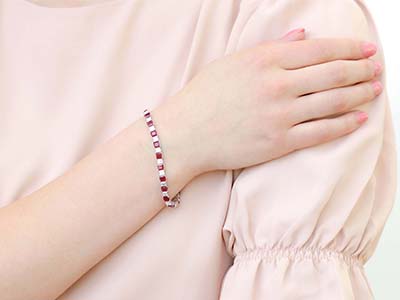 For a pop of color, opt for a tennis bracelet that boasts bold gemstone accents. You can choose an all gemstone design or a bracelet that has diamonds and gemstones intermixed. 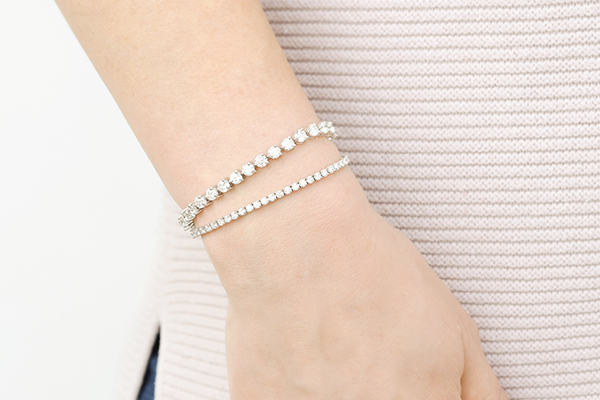 We absolutely love the way diamond tennis bracelets in varying sizes look when worn side by side. 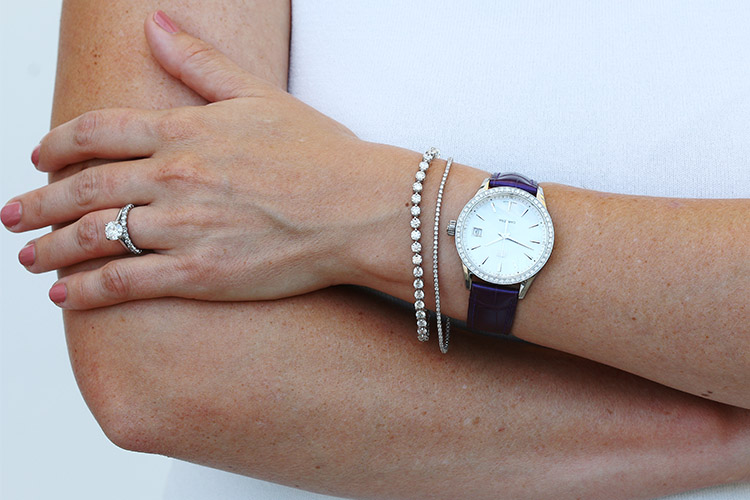 Pair with a watch

Pair your diamond tennis bracelet with a watch to create a substantial look for your wrist. Opt for a watch with a diamond bezel for even more sparkle. 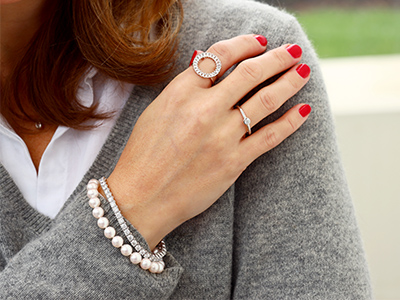 We can’t think of anything more refined and elegant than diamond and pearl jewelry paired together.

If you need help picking out the perfect tennis bracelet, one of our jewelry experts would be happy to assist you. Stop into our store or call 1.800.642.4438 during store hours to speak with one of our friendly and knowledgeable sales associates.